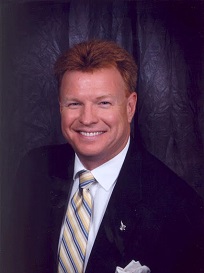 Mr. Glessner has a wealth of aerospace engineering experience having worked in varying engineering capacities for Boeing-Vertol, Grumman, Lockheed, McDonnell Douglas, Boeing, XCOR, Sikorsky, Lockheed Martin, CEi, ATK, and Mooney on subjects ranging from accident investigation, aerodynamics, handling qualities and flight testing on such vehicles such as the High Speed Civil Transport, B-717 airliner, the Space Shuttle, the Multi-Stage Supersonic Target, the Mooney M10, fighters such as the F-14 Tomcat, F-22 Raptor and F-35 Lightning II and the CH-47 and S-92 FBW helicopters to various classified projects. He worked as the Chief Aerodynamicist at XCOR where he helped create their aerodynamics department and acquired $1.4M USD of computer hardware, software and services to support computational fluid dynamics at no cost to the company. XCOR’s Lynx space-plane has been in Aviation Week & Space Technology regularly and will fly passengers to space several times daily with its first flight in 2015.